Coney Island Lagers Were Winners In 2009 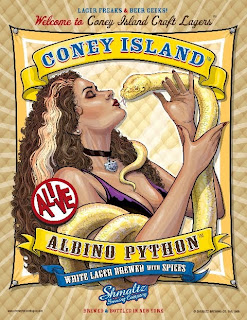 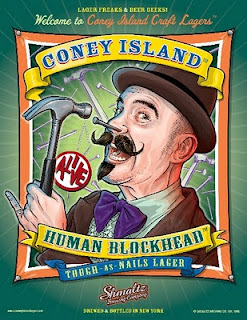 Coney Island Human Blockhead(TM) also took Second Place in the "Strong Lager" category at the 2009 Manitou Springs Craft Lager Festival in Manitou Springs, CO (August 8 & 9, 2009). The Craft Lager Festival annually recognizes the highest quality craft lagers with awards in several style categories. The festival is unique as its staffed solely by volunteers who put on the event to benefit open space and parks in their local communities, and to support the remarkable art of craft brewing.

At Hotoberfest in Atlanta, GA (October 3, 2009), Coney Island Albino Python(TM) was awarded a Silver Medal in the Best Brew Competition. Hotoberfest features a consumer-voting competition where all of the awards are based on public opinions of the attendees at the event. Coney Island Albino Python(TM) also received 1st Place in the "Other" category at the West Coast Brew Fest in Sacramento, CA (May 16, 2009).
Posted by The Foaming Head at 1:16 PM