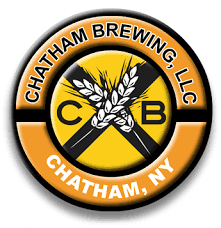 Founded by Tom Crowell and Jake Cunningham in 2006, Chatham Brewing started out as a simple window service in the back of an alleyway – selling and filling growlers from the side door of their brewery because there wasn’t room for customers inside.

“Jake, Matt, our families, and I will forever be indebted to our customers and friends who have given us such strong support. They’re the reason we’ve been able to continue brewing great beer and doing what we love for the past 10 years, and this is a great chance to really give back to everyone who has helped us get this far,” says Crowell.

“As long as we have customers and friends like these, we’ll be able to continue living our dream; brewing, drinking, and sharing beer that we love with the people we love,” said Cunningham.

The duo was introduced through their wives who discovered the two shared a love for beer. This was then followed by news that Albany’s Big House Brewing was selling their former brewing system, the two quickly moved to form Chatham Brewing. Soon after setting up shop in a small garage in the back alley of Main Street, and just three months after their first batch, Crowell and Cunningham went down to TAP New York and won a bronze medal for their porter. They spent the following years alternating brewing duties, trying to keep up with their ever-growing following until 2008, when Matt Perry, a local home brewer approached them with an interest in trying his hand at a larger scale system.

With the addition of a new brewer, and a few new fermenters in 2012, they returned from TAPNY with the coveted Mathew Vassar Cup for Best Craft Brewery in the Hudson Valley. With the new accolades, the newly formed trio found themselves in need of an expansion that came Christmas Eve of 2013 when they moved their tanks down Mmain Sstreet and into their new space. In December of the following year, the laws changed again and they were able to pour and sell individual beers directly to the customers.

With the birth of the new Chatham Brewing taproom, came the Grazin’ Food Truck, and today, Chatham Brewing has become a fixture of Main Street. Their taproom is haven for everyone in Colombia County seeking craft beer and farm-to-table food service; serving fresh beer and locally sourced bar food with a personal touch.

Chatham Brewing’s personal touch doesn’t end at the brewery doors, but extends all through New York’s Hudson Valley through their innovative Same Day Series. Head brewer David Perry not only develops dozens of new recipes and styles of beer each year, but offers a limited number of those batches to be kegged and delivered the same day, maintaining the freshness of each brew and ensuring the bars and restaurants carrying the series have the same quality beer as at the brewery itself.

Details about the anniversary celebration will be announced in the near future, along with entertainment and ticket information.