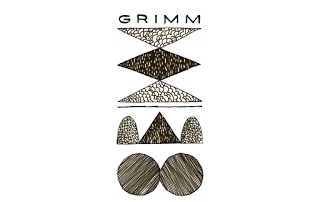 Brooklyn, New York • August 31, 2015 — Grimm Artisanal Ales captures #1 and #4 slots in one of the largest blind tastings of Double IPA ever conducted, bringing the hoppy crown home to NYC. The 115 beer lineup included many of the world’s top-ranked examples of the style: legendary beers like The Alchemist’s Heady Topper, Lawson’s Sip of Sunshine, and Russian River’s Pliny The Elder. Facilitated by Paste Magazine in Atlanta, Georgia, the event represents the most rigorous blind tasting ever conducted under the auspices of a media organization.

The top rated beers were gathered from all over.  With a view to freshness, all beers were tasted within a few weeks of release. The large tasting panel consisted of professional beer writers, brewery owners, brewmasters, BJCP-certified tasters, restaurateurs, brewery reps and journalists. Tasting was done first in heats of 10 beers each, with the best beers moving on into the final round.

Unbelievably, Grimm Artisanal Ales captured not just the #1 spot with Lambo Door, but two out of the top four slots, making Grimm a heavyweight contender for the title: best DIPA brewer in the world. Tesseract, a drier and more aggressive double IPA, took fourth place.

Even more impressively, Grimm has accomplished this feat while operating as a nomadic brewery: they don’t own a brewery of their own.  Instead, they travel to other breweries near and far, brewing their beer on other breweries’ equipment. The Grimms brewed these particular award-winning beers during their summertime residency at Flagship Brewing Company of Staten Island, New York.

The incredible victory in the DIPA tasting couldn’t come at a more appropriate time for Grimm. In mid-September, they are set to release their first ever canned beer: a brand new Double IPA named Afterimage. The canned beverage will be a juicy, fruity hop bomb in the same vein as their winning Lambo Door and Tesseract. Supplies will be limited, with 120 cases released in New York City and 80 cases released in the rest of New York state. The Grimms are currently looking at properties in Brooklyn, where they intend to build a brick-and-mortar brewery which will allow them to take their creativity to new heights.

The two-person company consists of Joe Grimm and Lauren Grimm, a married couple living in Gowanus, Brooklyn (and frequently on the road).  They are best known for creative, single batch beers:  one to two new brews are released each month, and many of these limited edition beers are never brewed a second time.  Their trademark styles are dry-hopped sour/wild ales, double IPA’s, and imperial stouts.

The Grimms are no stranger to defying the odds and winning huge in rigorous blind tastings; at the most recent Great American Beer Festival, the couple won the Silver Medal in the Imperial Stout category for their celebrated Double Negative Imperial Stout.