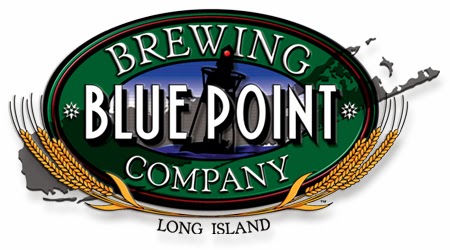 
ST. LOUIS and LONG ISLAND, N.Y., Feb. 5, 2014 /PRNewswire/ -- Anheuser-Busch today announced it has agreed to purchase Blue Point Brewing Co., one of the nation's top craft brewers with more than 40 beers and sales concentrated along the East Coast, in a move that will bring additional resources to Blue Point's operations, allowing it to meet growing consumer demand for its award‑winning brands. Terms of the agreement were not disclosed.
Blue Point, known for its creativity, was founded by Mark Burford and Peter Cotter 15 years ago in Patchogue, N.Y., where the brewery will continue to operate. Anheuser-Busch also plans to invest in the brewery to grow its operational capabilities and enhance the consumer experience over the next few years.
"We are deeply grateful to our family of loyal employees and customers. Our success was made possible by the hard work of good people and good beer in Patchogue," said Peter Cotter, who will continue to be instrumental in the success of the brands along with co-founder Mark Burford. "Together, our talented brewing team and Anheuser-Busch will have the resources to create new and exciting beers and share our portfolio with even more beer lovers," said Mark Burford.
In 2013, Blue Point sold approximately 60,000 barrels, with 50 percent of the volume from its flagship brand, Toasted Lager. It also sells Hoptical Illusion, Blueberry Ale and seasonal brands among others.
"As we welcome Blue Point into the Anheuser-Busch family of brands, we look forward to working with Mark and Peter to accelerate the growth of the Blue Point portfolio and expand to new markets, while preserving the heritage and innovation of the brands," said Luiz Edmond, CEO of Anheuser-Busch. "With Anheuser-Busch's strong beer credentials, we share a commitment to offering high-quality beers that excite consumers. Blue Point brands have a strong following and even more potential."
Anheuser-Busch's purchase of Blue Point is expected to close in early second quarter of 2014.
Ippolito Christon & Co. acted as financial advisers to Blue Point. Ettelman & Hochheiser, P.C. acted as legal counsel to Blue Point.
About Blue Point Brewing Company
Blue Point Brewing Company is Long Island's oldest and most award-winning brewery. Founded in 1998 by Mark Burford andPete Cotter, Blue Point Brewery is headquartered in Patchogue, New York, and is currently the 34th largest craft brewery in the U.S. Blue Point Brewing Company is independently owned and operated and its beers are available in 15 states of distribution including New York, New Jersey, Massachusetts, Connecticut, Pennsylvania, Rhode Island, New Hampshire, Vermont,Maryland, Delaware, Virginia, North Carolina, Georgia, Florida, and Michigan. Blue Point's portfolio of more than 40 craft beers includes Hoptical Illusion, ESB, RastafaRye Ale, Sour Cherry Imperial Stout, Toxic Sludge, White IPA, No Apologies Double IPA, and its flagship Toasted Lager, which won the World Beer Cup in 2006.
About Anheuser-Busch
For more than 160 years, Anheuser-Busch and its world-class brewmasters have carried on a legacy of brewing America's most-popular beers. Starting with the finest, all-natural ingredients sourced from Anheuser-Busch's family of growers, every batch is hand-crafted using the same exacting standards and time-honored traditions passed down through generations of proud Anheuser-Busch brewmasters and employees. Best known for its fine American-style lagers, Budweiser and Bud Light, the company's beers lead numerous beer segments and combined hold 47.6 percent share of the U.S. beer market. Anheuser-Busch is the U.S. arm of Anheuser-Busch InBev and operates 12 breweries, 17 distributorships and 23 agricultural and packaging facilities across the United States, representing a capital investment of more than $15.5 billion. Its flagship brewery remains in St. Louis, Mo., and is among the global company's largest and most technologically capable breweries. Visitor and special beermaster tours are available at its St. Louis and four other Anheuser-Busch breweries. For more information, visit www.anheuser-busch.com.
Posted by The Foaming Head at 10:10 AM