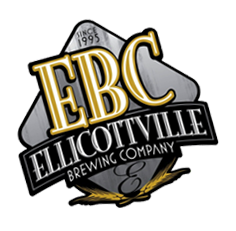 Ellicottville Brewing Company (EBC) is doing its part to contribute to the holiday cheer with an impressive line-up of seasonal beers including such flavors as cherry, vanilla, chocolate and sour pear

In the wake of the recent and always popular Ellicottville Beer and Wine Festival and just in time for Christmas, Ellicottville Brewing Company (EBC) is doing its part to contribute to the holiday cheer with an impressive line-up of seasonal beers. Beers that are available to be enjoyed onsite at either the Ellicottville or Fredonia EBC restaurants, or in take-out Growlers as a unique gift or holiday treat.

Two of EBC’s shining stars at the Beer and Wine Festival – both small batch oak aged brews are now available on tap. There’s the St. Jacob’s Oak Aged Stout 9.0% ABV which features hints of both vanilla and chocolate. And there’s the Bourbon Barrel Belgian Boozies Ale, a double-fermented 7.0% ABV ale with sour apple and oak tannin flavors, along with hints of banana and coriander.

Lastly, and in true Christmas spirit, there’s the Winter Witte, a 5.8% wheat beer with spicy coriander, orange and citrus lemon grass notes. The Winter Witte is available not only on tap but in bottled six packs.

These seasonal beers round out a solid line up of perennial favorite beers, with both the Ellicottville and Fredonia restaurants offering a total of 16 different varieties of beer on tap.

“This year more than ever, I think we’ve come up with a line up of beers that showcase some of the more popular flavors people like to enjoy during the holiday season,” notes Head Brewer Dan Minner. “As you can tell, we aren’t afraid to try different flavor combinations in order to come up with a beer that’s truly unique. That also helps to explain why we get involved in such processes as double fermentation or fermenting beer in casks.”

About EBC
Now in its 16th year of operation, Ellicottville Brewing Company is inspired by the great microbreweries of Vail and the west coast and adds its own unique Victorian charm with its old mill setting and its large turn-of-the century solid walnut and granite bar. Not content to be viewed as just a ‘brew pub’, EBC strives to be a great restaurant with an equally great selection of beer brewed on premises. In addition to its Ellicottville restaurant, EBC opened a second restaurant in Fredonia, New York in 2005. Recently, in keeping with its spirit of giving customers more, EBC installed a new tap system in its Ellicottville restaurant, bringing the total number of micro-brewed beers served at any given time to 15. Currently, EBC bottled beer is available in 5 different states across the country.