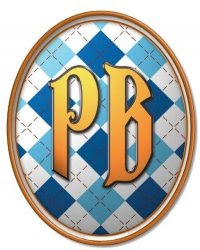 Ready for the Launch of Year-Round Beer Line-Up

Peekskill, NY- The Peekskill Brewery has started the New Year in full force. The brewpub recently doubled its brewing capacity. The expansion will allow for a fuller showcase of Peekskill Brewery house brews, a major goal since its inception in September 2008.

Beginning on Thursday, February 11th continuing through Sunday, The Peekskill Brewery will host a weekend long celebration to launch its year-round line-up of brew available on draught. That evening the Brewery’s beer will be discounted, new lower growler prices will go into effect and patrons who order a Peekskill Brewery Tap Crawl will receive a tee-shirt.

Brewmaster Neill Acer, alongside co-owners Keith Berardi and Morgan Berardi chose four of their most popular beers to fill the line-up’s roster. The line-up consists of the Paramount Pale Ale, Hop Common, Old Wagon Ale and Vanilla Bourbon Stout. As the year progresses, the Brewery will add gradually add in seasonal beers into its production schedule.

“The demand for our beers made our expansion both necessary and natural…and we plan on doing more. We will still continue to host guest breweries, but our mission has always been to make our own mark. And working with Neill to make this happen has been inspiring,” said co-owner and General Manager Keith Berardi.

The Peekskill Brewery is a Restaurant, Brewpub and Beer Bar located on the Riverfront Green in Peekskill, NY. Now open for over a year, the brewery’s mission providing the regional area with fine food and craft beer.

Posted by The Foaming Head at 9:00 AM