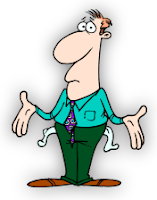 In March, we discussed a proposed tax on beer bottles. You can go back and read our feelings on this tax or we can sum it up shortly by saying that we think it is flat out ridiculous. the topic has come up again with new articles being published recently. This one comes from LegislativeGazette.com.

This article comes from Peter Vukelic of the Buffalo News. He states that the News has advocated for the passing of the bill known as "B-4" before based on environmental concerns, but is now a bad idea because of the state of the economy. He correctly points out that the money would not go to helping the environment but rather to help aid alcohol abusers. How New York State came up with the idea to punish people who responsibly enjoy alcohol to help those abuse it is beyond me.

I understand that beer contains alcohol and that alcohol needs to be regulated. I also understand that underage drinking is a problem in this country. I want to state however that the way we go about combating this problem is absolutely dead wrong. There is no underage drinking problem in Europe because children are raised to appreciate it instead of abuse it.
Posted by The Foaming Head at 12:00 PM