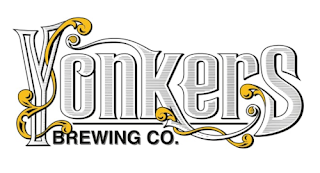 YONKERS, NY – In celebration of the One Year Anniversary of their brewery / restaurant, Yonkers Brewing Co. is releasing a limited edition beer, as well as hosting events at Growlers Beer Bistro in Tuckahoe on Wednesday, Beer Noggin in Bronxville on Thursday, and Prime 16 Gourmet Burgers in Pelham on Friday, culminating with their First Anniversary Bash at the brewery on Saturday.
The special brew is called First Anniversary Porter; a porter brewed with bourbon barrel-aged Crown Maple Syrup from Madava Farms and P Pascal Roasting Co. cold brew coffee. Crown is located in Dutchess County and Pascal is a local Yonkers roaster. “We selected these partners for the collaboration because of their commitment to providing quality products that are sourced here in the Hudson Valley,” said Sharif Taleb, Head Brewer of Yonkers Brewing Co.  “Supporting local business is embedded in the core values of Yonkers Brewing Co.”

“We have become a cultural hub by offering seasonal menus, rotating beer lists, live music, yoga, and more,” said John Rubbo, BrewEO of Yonkers Brewing Co. “The Anniversary Bash is another reason to bring the community together to celebrate a great year.”

The Anniversary Bash will begin at 10am and go until midnight. There will be 12 styles of Yonkers Brewing Co’s beer on tap, six varieties of wine, a full gastro pub menu and more. Kids and families are welcome.

About Yonkers Brewing Co.Like any other great idea, Yonkers Brewing Co. was thought of with a beer in hand. The concept of brewing came to John Rubbo and Nick Califano after they tirelessly helped their grandfathers make homemade wine. As they exchanged stories about crushing grapes and discussed the intricacy of fermentation, they cracked open a cold beer. As the cap fell off, the lights went on. "Why not just make the sweet nectar we enjoy so much more?” they asked. The generations-old tradition of wine making sparked a fire, and with head brewer, Sharif Taleb, they brewed up a recipe that is now known as their flagship, Yonkers Vienna Lager. Yonkers is always striving for continued improvement, innovation and quality in all they do, including promoting their hometown culture. For more information, check out www.yonkersbrewing.com or be social at fb.com/yonkersbrewing and @YonkersBrewing on Twitter and Instagram.