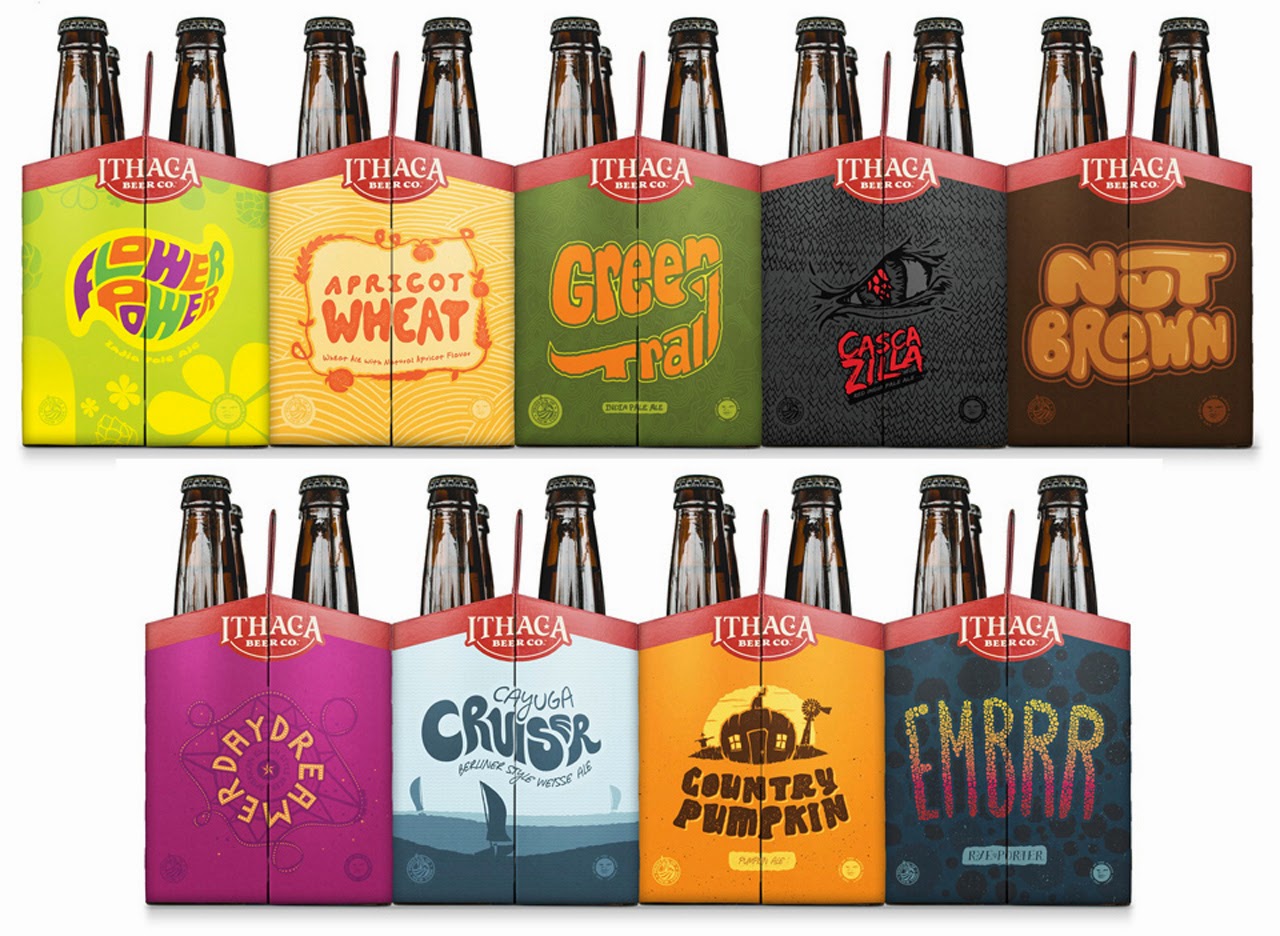 While the design of the labels and 6 packs has changed, the outstanding ales in the bottles have not changed a bit. Ithaca Beer Co. brewers strive to maintain and improve the high quality standards that have garnered their beers high accolades by loyal customers as well as popular online beer rating services Beer Advocate and Rate Beer. Flower Power has been consistently ranked as the top India Pale Ale in New York State by Beer Advocate.

Ithaca Beer Co.’s package redesign signals an even larger transition for the 16 year old brewery. This winter, the 5th largest craft brewery in New York State broke ground on a 24,000 square foot expansion at its 5 year old facility located at the southern end of Ithaca. The expansion is largely designed to accommodate Ithaca Beer Co.’s continued double digit growth. Ithaca Beer Co.’s production grew by 39% in 2014 to roughly 24,000 barrels. A barrel is 31.5 gallons and is the equivalent of two half kegs of beer. The brewery anticipates an additional 25% growth in 2015 – a rate that outpaces the national average of 18% according to the Brewers Association.

The majority of the Ithaca Beer Co.’s expansion will focus on added fermentation, conditioning and packaging equipment to accommodate the brewery’s growing production demands. The expansion will also include doubling the size of its farm-to-table Taproom restaurant kitchen, a barrel aging room and more office space. Completion of the project is targeted for late 2015.

Posted by The Foaming Head at 2:29 PM