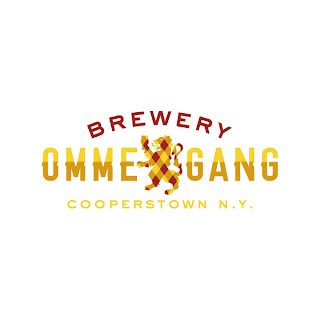 (COOPERSTOWN, NY) Belgium is coming to Brewery Ommegang in Cooperstown, NY on August 2 and 3 with tickets sales beginning April 1. “Belgium Comes to Cooperstown,” Ommegang’s exclusive Belgian beer tasting festival, offers beer enthusiasts the opportunity to taste hard-to-find Belgian ales from the Motherland and Belgian-style ales from all over North America. Seventy-five breweries will be on hand pouring more than 300 unique beers for 3,000 very lucky attendees.

In addition to great beer, there are gourmet food vendors, brewing demonstrations, cheese tastings, live music, on-site camping and much more. Winning chefs from Ommegang’s national Hop Chef competition will go head to head on Saturday vying for top honors in food and beer pairing. This year, BCTC will feature a Ferris wheel so guests can get a bird’s eye view of the excitement of the largest and best Belgian beer festival in the country.

Festivities begin on Friday at 6 pm with five-course beer-pairing dinner for VIP ticket holders. The festival grounds open at noon on Saturday for patrons holding camping tickets. Tastings begin at 2:30 pm for VIP ticket holders and 3 pm for general admission. Tastings end at 7 pm. There will be live music from 3 pm until midnight.

VIP tickets cost $250 and include the five-course beer pairing dinner, two nights of camping on the brewery grounds, a complimentary bottle of Iron Throne Blonde Ale, and additional access to the beer tasting on Saturday afternoon. General admission tickets for Saturday’s event cost $90 and general admission with camping on Saturday night costs $110. Tickets go on sale April 1 at noon at Etix.com and Ommegang.com and are available until they sell out. Please note that VIP tickets have sold out in under a minute for the last three years and all tickets sell out within a day of the event going on sale. For more information, email events@ommegang.com or call (607) 544-1800 ext 813.

About Brewery Ommegang
Brewery Ommegang opened in 1997 to craft-brew fine Belgian-style ales. The brewery creates six ales year-round, as well as an extensive and imaginative range of seasonal and specialty ales. The beers have won a national following by connoisseurs of fine beer and are distributed in 45 states and internationally. Ommegang is located on a 136-acre farmstead in Cooperstown, New York, USA and offers free daily tours and inexpensive tastings as well as a 100-seat café, a well-stocked brewery store, and an annual calendar of public events. Ommegang is open every day of the year except for Christmas Eve Day, Christmas Day, Thanksgiving Day, and New Year’s Day. For more information, please contact info@ommegang.com, call 1-800-544-1809, or visit www.ommegang.com. Ommegang is a member of the Duvel family of fine beers. Follow Ommegang on Twitter: @BreweryOmmegang , Facebook.com/Ommegang, Instagram: @BreweryOmmegang # # #
Posted by The Foaming Head at 3:12 PM