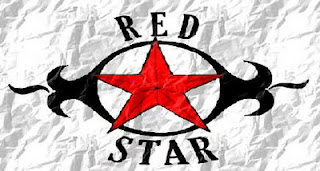 BROOKLYN, NEW YORK. May 14, 2010 – Red Star Bar, Brooklyn’s premier sports bar
and event space will present the first annual “Will Point Pub Crawl” on Saturday,
May 22, 2010 in the Williamsburg and Greenpoint neighborhoods of Brooklyn.

Nine of the most popular watering holes in the Williamsburg/Greenpoint area will
join forces in the pub crawl set to kick off at 3PM. All participating bars will
donate $150 dollars to the American Cancer Society and $1 for every drink sold.

Beginning at the Bedford L train at Spike Hill and the Brooklyn Ale House at 3PM
patrons can pick up a “crawl card”, a drink to benefit the American Cancer Society
and most importantly a stamp! Crawl up Bedford Ave into Greenpoint, purchase a drink
at every participating pub and get your crawl card stamped along the way to receive
a completion prize at Red Star, and automatically be entered into a grand prize
raffle!

Red Star Bar, known for its great sports and popular New American gastro pub style
menu, will close the crawl with raffles, prizes, and will host the official after
party!

"We are thrilled to be involved in such a great cause. Like so many of us, raising
money for Cancer research and awareness is a cause that is very close to my heart.
Bringing Williamsburg, Greenpoint and the people of New York together to raise money
for the American Cancer Society is something Red Star is thrilled to be
spearheading." – Eric Hall, General Manager, Red Star Bar.

What a better way to spend a Saturday afternoon than hanging out with your friends,
and meeting new ones, at some of the best bars in Brooklyn all while benefitting, an
amazing cause, the American Cancer Society.