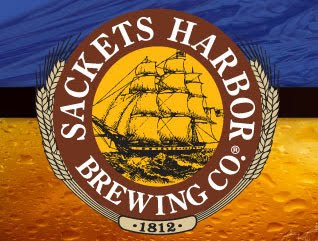 SACKETS HARBOR, N.Y. --- Sackets Harbor Brewing Company has announced that it has entered their "War of 1812 Amber Ale" in the World Beer Cup 2010 to be held in Chicago (www.worldbeercup.org). The event, which accepts a limited number of entrants in 90 beer categories, is billed as "the most prestigious beer competition in the world."

Sackets Harbor Brewing Company founder and Master Brewer Stephen Flynn stated, "Entering our War of 1812 Amber Ale in this competition is an important step to increase the brand's exposure outside the Northeastern region, and regardless of the outcome of the competition, our presence at the show will do just that."

The World Beer Cup will be held simultaneously with the 2010 Craft Brewers' Conference (www.craftbrewersconference.com), which the company will be participating in as well. The Conference is held for professional brewers to promote brewing education and idea sharing to improve brewery quality and performance. The conference is also the industry's largest networking opportunity for breweries and brewery vendors to help foster partnerships and profitable business relationships.

The company recently announced that it has commenced in its search for property to potentially be used for the construction of a commercial brewery in which both packaged and draught product would be produced and distributed.