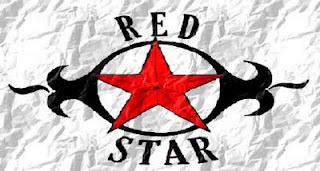 Featuring over 20 craft and microbrews attendees will enjoy a variety of specialty brews from over 15 local, national, and international breweries including Blue Point, Sierra, Smuttynose, Lagunitas, Brooklyn’s own Kelso and Sixpoint, Brooklyn Brewery’s brewmaster reserve, and for the first time in the United States, Latis’s Steenbrugge Tripel. Attendees can also sample
up to six of these unique and great beers for only $20!

"We couldn’t be more excited! To have John Forté and this lineup of beers - it’s what Red Star is all about. Great music, great sports, great food, great beer. It only enhances the sense of community that Red Star was built on." – Eric Hall, General Manager.

With beer educators on site, tasty fare from Executive Chef John Manzo’s kitchen, and amazing live music all day, Beerfest will be an event that any beer enthusiast, music buff and sports fan will enjoy and be talking about for a long time!

All press inquiries to: press@3vnyc.com

John Forté is a Grammy-nominated singer, songwriter and producer from Brooklyn, New York, best known for his work with the multi-platinum group “The Fugees.” On November 24, 2008, Forté was granted a commutation by President George W. Bush after having served more than seven years of a fourteen-year federal prison sentence for a first-time non-violent drug
offense. Those who campaigned on his behalf include famed singer/songwriter Carly Simon and Senator Orrin Hatch (R) of Utah.

This July, marking the nine-year anniversary of the date of his arrest, Forté released StyleFREE the EP, his first collection of new music in eight years. Forté’s undeniable talent as a lyricist and musician, far from diminishing during his incarceration, has grown and matured. His new songs, full of powerful social commentary combined with hope and inspiration, bear witness to the remaking of a man and his struggle to remain free – they are a testament to his spiritual journey and proof that the phoenix can, and will, rise from the ashes.

For more information on John Forté :
www.girlieaction.com
Posted by The Foaming Head at 4:25 PM