Sackets Harbor Beer is in Florida. 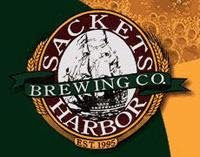 Including Florida, Republic and its affiliates currently have distribution capabilities in twenty states, primarily in the South and Midwest. Republic will initially market Sackets Harbor's award winning War of 1812 Amber Ale.

"From Key West, Orlando, Jacksonville to Pensacola, 1812 Amber Ale is already becoming a new favorite in craft beer circles," stated Brian Hill, President of Sackets Harbor Brewing Co. "Republic National now offers 1812 Amber Ale in draught as well as bottles throughout Florida, and its established relationships with prestigious retailers such as Total Wine & More, ABC Fine Wine and Spirits, and Publix Super Markets, Inc., makes Republic National a sought after craft beer distributor." Mr. Hill continued, "With production secured at High Falls Brewing Company and the marketing capabilities of Republic National, I have little doubt that Florida will become one of our most exciting markets."

In December 2008, the company announced that High Falls Brewing Company of Rochester, N.Y. (www.highfalls.com) had been contracted to brew the company's War of 1812 Amber Ale.

Safe Harbor Statement
This press release contains statements that may constitute "forward-looking statements" within the meaning of the Securities Act of 1933 and the Securities Exchange Act of 1934, as amended by the Private Securities Litigation Reform Act of 1995. Those statements include statements regarding the intent, belief or current expectations of the Company, and members of their management as well as the assumptions on which such statements are based. Prospective investors are cautioned that any such forward-looking statements are not guarantees of future performance and involve risks and uncertainties, and that actual results may differ materially from those contemplated by such forward-looking statements. Important factors currently known to management that could cause actual results to differ materially from those in forward-statements include fluctuation of operating results, the ability to compete successfully and the ability to complete before-mentioned transactions. The company undertakes no obligation to update or revise forward-looking statements to reflect changed assumptions, the occurrence of unanticipated events or changes to future operating results. The Company encourages the public to read the above information in conjunction with its year-end statement, Form 10-KSB for December 31, 2007, and the second and third Quarter Form 10-Q financial statements. The financial statements can be viewed with the Securities and Exchange Commission, at http://www.sec.gov/.
For more information, please contact:
Seaway Valley Capital Corporation
Email:contact@seawaycapital.com
Web:www.seawayvalleycapitalcorp.com
Investor Relations: Paul KnopickE & E
Communicationspknopick@eandecommunications.com
Phone: 949/707-5365
Posted by The Foaming Head at 9:27 AM